Why Do We Celebrate Memorial Day?

We hear a lot about Memorial Day parades, cookouts, and even sales. But why do we acknowledge this important day? In this blog, we explore the history of Memorial Day, its significance, and offer some celebration ideas!

The month of May brings lots of excitement for everyone in Pennsylvania, as the flowers are in bloom, school is almost out, and summer is right around the corner.

A Bit of History

Memorial Day got its start after the Civil War, as many Americans were having trouble dealing with the loss of over 620,000 Americans. The war ended in the spring of 1865, and memorials and days of remembrance started happening all over the country. The birthplace of these celebrations has long been contested, but Waterloo, NY has been designated by the federal government as the official origin. The town organized a remembrance day in May of 1866, when businesses would close and allow people to decorate the graves of military members lost in battle.

This time of honoring those who had fallen later became known as “Decoration Day,” and future president James Garfield presided over the first Decoration Day ceremony at Arlington National Cemetery on May 30th, 1868. It was thought the end of May was chosen since flowers would be in bloom and easily available.

A Decoration Day Parade in New York City, circa mid to late 1800s

By the early 20th century, memories of the Civil War began to fade and people who had little connection to those soldiers started celebrating it as a summer holiday. Although some people and news outlets were outraged that the memorial part of the holiday was, in their eyes, being lost, it didn’t stop people from doing a lot more than decorating burial sites on Decoration Day. By 1911, when the Indianapolis 500 race was held on Decoration Day, very few people even batted an eye. 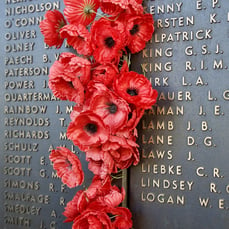 But a few years later, in 1914, World War I began and brought the meaning of Decoration Day back to the forefront of society. The day was evolving to honor all military members who passed away in battle, not just Civil War soldiers. After World War I, the poppy flourished in Europe. Scientists attributed the growth to soils in France and Belgium becoming enriched with lime from the rubble left by the war. From the dirt and mud grew a beautiful red poppy. The red poppy came to symbolize the blood shed during battle, following the publication of the wartime poem “In Flanders Fields.” On September 27, 1920, the poppy became the official flower of The American Legion family to memorialize the soldiers who fought and died during the war. In 1924, the distribution of poppies became a national program of The American Legion, and continues to this day.

Fast forward to 1968, Congress passed the “Uniform Monday Holiday Act,” which created three-day weekends and designated the holiday to be called Memorial Day and celebrated on the last Monday in May. But much like Americans in the early 20th century, fewer and fewer are connected to the military. Add in the fact that it is the last federal holiday before the start of summer, and you get how it evolved into the “unofficial” start of summer. 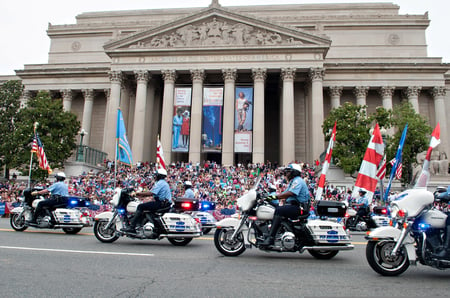 A Time for Remembrance and Celebration

Although there is nothing wrong with enjoying barbeques, time with family and friends, and enjoying nice weather, we shouldn’t forget why Memorial Day exists. So, how can you celebrate Memorial Day properly? Well, there isn’t an exact right answer, but below are a few suggestions.

Many towns across the US and in PA have parades and big celebrations for Memorial Day. Places like Kennett Square, Muncy, and, of course, Gettysburg have events all weekend. Look for one near where you live or plan a trip to get a history lesson while relaxing.

Plan a BBQ, But Invite Those You Haven’t Seen In A While

While the holiday is a time to remember those who have gone before us, it’s also an occasion to remember those who are still here to celebrate with you. As an extra bonus, see if your local VFW or community center could use some extra hands (or BBQ meals) to honor the military members in your area. You may make a new friend or two!

This day was also called “Decoration Day” for a while, so why not show your support by decorating your house, lawn, or apartment? If you already have a flag outside, lower it to half-staff until noon, in honor of those fallen military members.

Maybe you can’t make it to Washington, D.C, Gettysburg, or Harrisburg for a tour, but that’s ok. These places and others offer virtual tours of their museums. You can go here for all the DC museums offering a cyber tour this year, or check with any museum you would like to explore.

Another way to celebrate Memorial Day is caring for those currently serving in our military. Operation Gratitude is a nonprofit organization that sends care packages to active military members around the world. Since 2003, they have sent over 3,000,000 care packages! They also have a virtual volunteer program you and your family can take part in from home.

Celebrating Memorial Day means remembering those who have fought for freedom and justice, and honoring their sacrifices. Whether you’re at a special cookout, walking behind the honor guard in a parade, or waving that United States flag high, you’re taking part in a tradition that dates back more than 150 years. So stand tall and proud!

About the Author: Sheik Meah is the Director of Marketing and Communications at PA Virtual.

The American Legion - The Poppy Story