What is Veterans Day and Why Do We Celebrate It?

Each year, we celebrate Veterans Day on November 11. But do you know the origins of this historic holiday? And why we honor it? In this blog, cyber charter school employee Breanna explores why Veterans Day began, why it's important, and shares some ways to celebrate it!

During the second week of November, you might notice an event called Veterans Day there on your calendar.

During the second week of November, you might notice an event called Veterans Day there on your calendar. But what is this day all about, besides a day off work and school?

In this blog post, we’ll explore the history of Veterans Day, the importance it has for our country, and some ways to celebrate it! 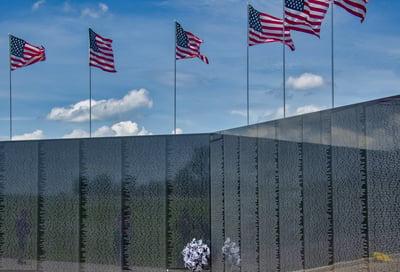 The history of Veterans Day began during World War I (WWI), also known as The Great War that lasted over four years. The conflict resulted in 40 million casualties, which included more than 117,000 deaths of American soldiers and civilians.

The end of WWI was marked by the Paris Peace Conference, held in January 1919 with the goal of reaching an agreement that would bring peace between Germany and the Allied Powers. Thirty nations met to draft a treaty, known as the Treaty of Versailles, that outlined all of the terms that were required to end the conflict. With the signing of this treaty, the United States and its allies were finally able to put an end to the catastrophic and deadly war.

Prior to the signing of the Treaty, there was an armistice, or a truce in which both sides agreed to cease fighting. The German Republic signed on November 11; a day that was subsequently known as Armistice Day. Even though the armistice did not mark the official end of the war, many people chose to celebrate it. President Woodrow Wilson said of Armistice Day:

“To us in America the reflections of Armistice Day will be filled with solemn pride in the heroism of those who died in the country's service, and with gratitude for the victory, both because of the thing from which it has freed us and because of the opportunity it has given America to show her sympathy with peace and justice in the councils of nations.”

The War Ends — and a Legacy Begins

While the nation was able to breathe a sigh of relief at the end of WWI, the 117,000+ Americans who lost their lives could not be forgotten. One of the most recognizable legacies of WWI  is The Tomb of the Unknown Soldier, the final resting place of an unidentified warrior who lost his life. This tomb is also a symbolic place where all soldiers, known and unknown, from all wars throughout America’s history can be remembered and honored for the sacrifices that they made. 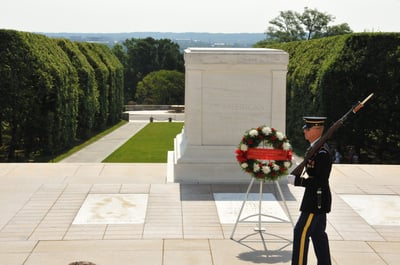 Congress made November 11 an official holiday in 1926, recognizing this day as the end of the war. In the beginning, Veterans Day was known as Armistice Day, and was meant to honor only those veterans who had served in WWI. Many veteran organizations, however, believed that those who fought in subsequent wars — such as World War II or the Korean War — also deserved to be honored. In 1954, Congress made an amendment to change the name to Veterans Day so that November 11 could be a day to celebrate all veterans in the United States.

Veterans vs. Memorial: What's the Difference?

Many people tend to conflate Veterans Day with another federal holiday: Memorial Day. Both of these holidays honor and celebrate the soldiers who have served the United States. So what makes them different?

Congress made the decision to change from Armistice Day to Veterans Day in order to make the day inclusive to all veterans – for all American soldiers who served in any war, be they living or dead. Memorial Day, however, serves as a day to remember only those who have passed, and does not honor living veterans.

Other countries that participated in WWI also celebrate Veterans Day, but many call it Remembrance Day. Great Britain commemorates this day with a speech from a member of the royal family, church services, and parades; France holds parades and remembrance ceremonies; Australia has a national minute of silence; and Canada has church services. 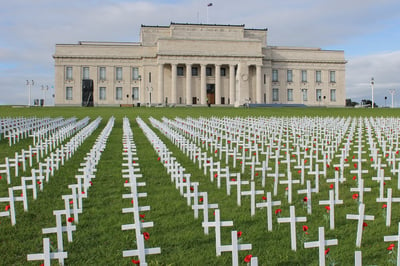 So How Do I Celebrate Veterans Day

There are a number of ways for you to honor and celebrate this important day.

Veterans Day is more than just a day off; it’s a day to honor those who were willing to lay down their lives for freedom, liberty, and justice. So whether you’re at a parade, visiting monuments, or just learning more about the day, don’t forget to thank a veteran! Do you have plans for the day? Share them in the comments!

About the Author: Breanna Kendall is an Enrollment & Marketing Coordinator at PA Virtual.

Photo credits to Syndram Designs, Paul_A_Harrison, and clarencealford  on Pixabay, and sydney Rae on Unsplash.